Related Pages
Our management About 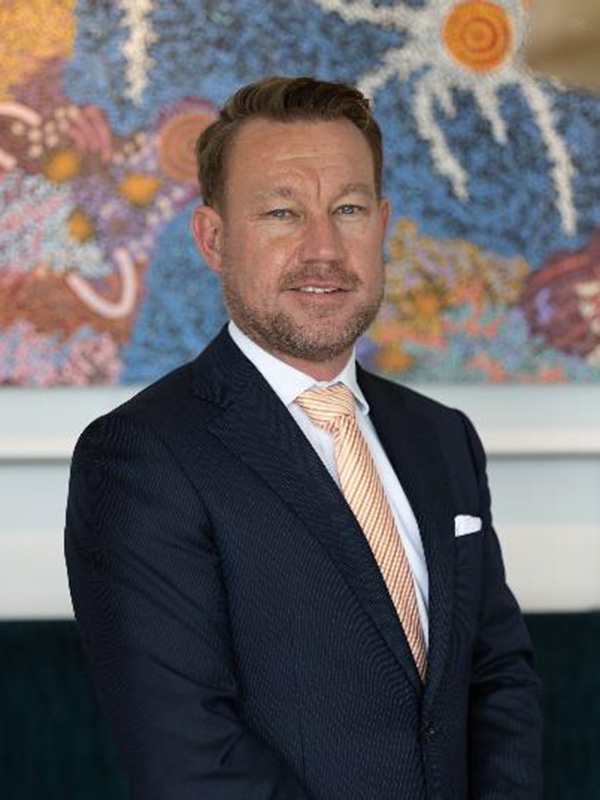 With significant international trade experience, Justin was appointed to the leadership role to drive Queensland’s investment and export future.

Justin McGowan has held Senior Executive roles within the Australian Department of Foreign Affairs and Trade (DFAT) and is an accomplished diplomat. Most recently, he led the Capability Taskforce driving Australia’s Foreign and Trade capabilities to meet future challenges and deliver economic potential.

He was previously Australia’s Commissioner General to the World Expo in Dubai for four years (2017 to 2021), facilitating engagement opportunities for government representatives, business councils, investors and entrepreneurs across most markets and sectors.

In previous roles, Justin has held senior leadership positions a range of private sector companies, has delivered on major global programs with the Department of Defence and served in the Royal Australian Navy on numerous operational deployments, including enforcing United Nations sanctions in the Middle East.

Mr McGowan holds a Master of Management and Graduate Certificate in Management from the Australian National University and has studied at Melbourne and Harvard Kennedy Business Schools and is a Graduate of the Australian Institute of Company Directors (AICD). 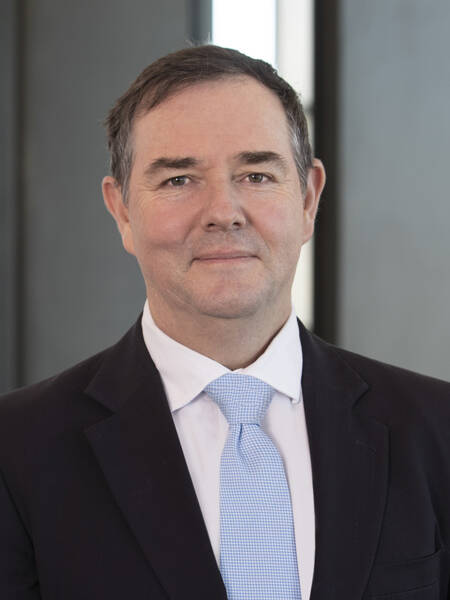 Richard Watson joined Trade and Investment Queensland in 2017 as General Manager, Queensland Operations, most recently stepping into the role of Acting CEO. Richard has more than 20 years’ commercial and government experience in senior executive roles in sports management and events. His career has spanned consulting, business development, financial control and management, and stakeholder engagement and management. Richard joined the public sector in mid-2005 and since then has had wide experience in Queensland Government operations, including regional services and sport and recreation services at all levels. Prior to joining Trade and Investment Queensland, he was Deputy Director-General – Sport and Recreation Services with the Department of National Parks, Sport and Racing. Richard holds a Bachelor of Financial Administration from the University of New England. 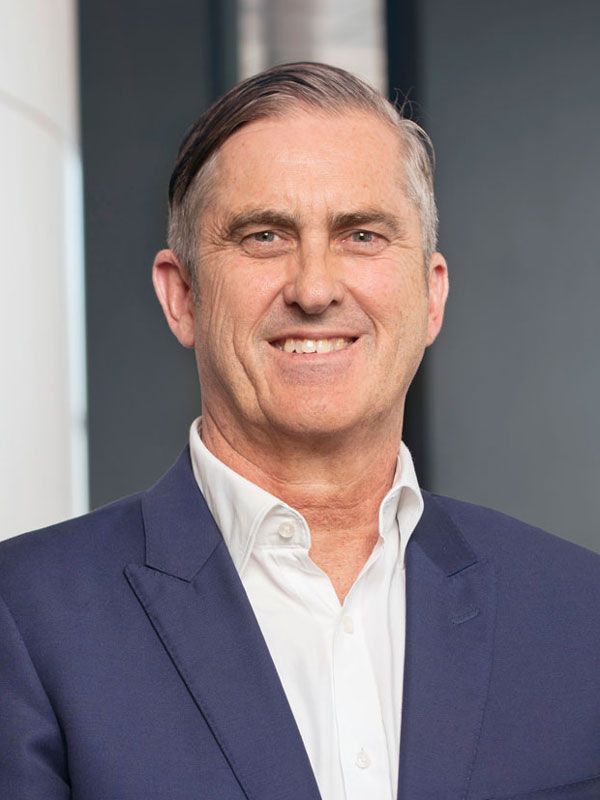 Prior to taking up that role, he was Executive Director of the Economic Policy team in the Department of the Premier and Cabinet.

Ross is a lawyer by training, and spent 10 years working at major firms in Brisbane and Japan. While working for an international legal firm in Tokyo for 3 years, he provided advice on international commercial business transactions. Other roles included working in the infrastructure advisory area of a mining company and for a private-sector advisory firm. 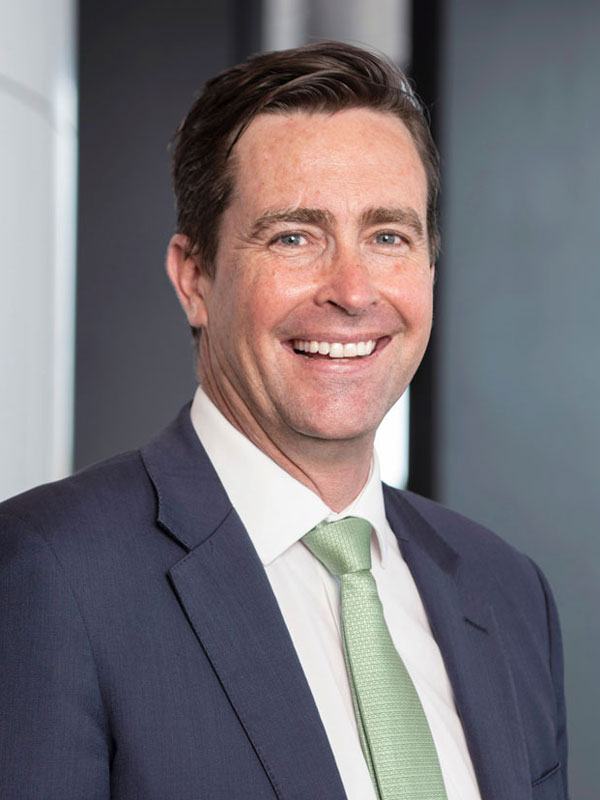 Justin joined Trade and Investment Queensland from the Department of the Premier and Cabinet, where he was the Chief Financial Officer for 4 years. Prior to joining the public sector, Justin held senior management positions in leading commercial and consulting organisations in Queensland and Europe over a 19-year career.

Justin has gained significant exposure to a wide range of industries and sectors domestically and internationally. He has extensive technical experience in governance and internal control frameworks, budgeting and forecasting, performance management frameworks, cashflow management, business planning, and large-scale change management programs. This is underpinned by a consultative and collaborative approach, and a commitment to partnering with stakeholders at all levels to deliver optimal organisational performance.

Justin is a Fellow of CPA Australia and a Member of the Australian Institute of Company Directors. 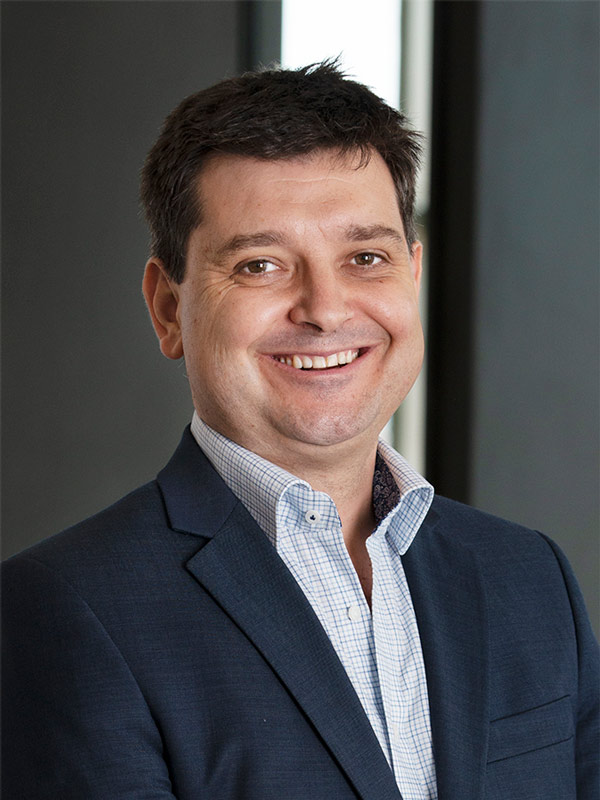 Matthew has more than 20 years’ experience in economic development for the Queensland Government, including roles with the Department of State Development and with the Department of Natural Resources, Mines and Energy. He has held senior and executive roles in investment attraction and led a number of initiatives to promote growth sectors in the Queensland economy, including food and agribusiness, manufacturing and biofutures.

Matthew also has an in-depth understanding of regional Queensland and the challenges and opportunities facing regional communities, having held the role of Executive Regional Director for north and central Queensland for the then Department of State Development, Infrastructure and Planning.

Prior to joining government, Matthew spent time in the private sector in the fields of market and advertising research.

Matthew holds a Bachelor of Arts from the Australian National University and a Master of Business Administration from Griffith University. He is also a long-term board member and Vice-President of Diabetes Queensland and a member of the Australian Institute of Company Directors. 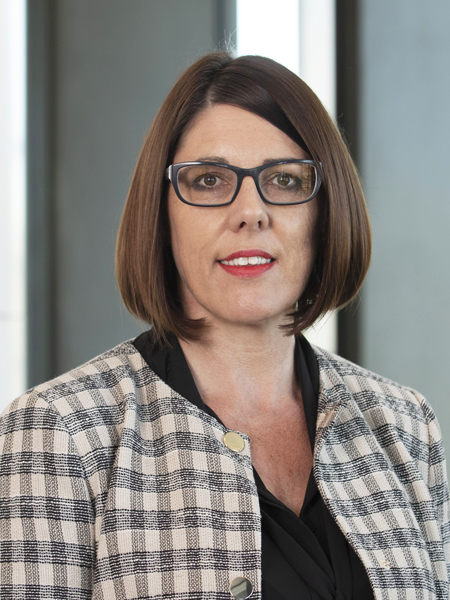 Toni joined Trade and Investment Queensland from City of Gold Coast, where she managed a team of 35 staff as Manager of Economic Development. In this role, she led the team that delivered some of the city’s most significant portfolios, including Economic Development, International Trade and Investment, City Marketing, and Tourism. She was also responsible for delivering Trade 2018, the business program associated with the Gold Coast Commonwealth Games 2018.

Prior to joining City of Gold Coast, Toni was COO for Recover Canterbury, a post-earthquake business recovery organisation established after the Christchurch earthquakes of 2010–11. Recover Canterbury provided a range of services and resources to earthquake-affected businesses in the Canterbury region to accelerate their recovery.

Toni holds business qualifications from the Christchurch College of Education and the New Zealand Institute of Management. 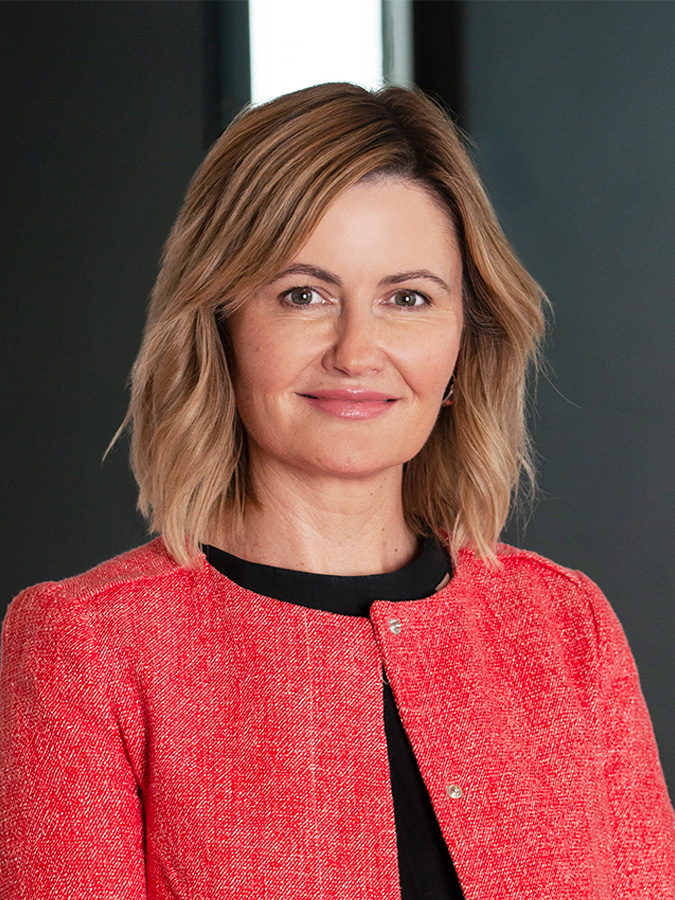 Prior to taking up that role, she was Executive Director of Strategy, Engagement and Communication for Trade and Investment Queensland since January 2020.

Bryony has many years of experience at an executive level in complex government and private-sector organisations, where she has led strategy and performance, corporate affairs, marketing, industry and stakeholder engagement, and media operations. She has also led high-profile business transformation and organisational change programs.

Bryony has worked across a range of sectors including state economic and industry development, construction and property development, telecommunications, health and social housing.

She holds an Executive Masters of Public Administration from Griffith University, a Bachelor of Arts and a Post-Graduate Diploma in Business Studies from Massey University.

Kirsten MacGregor was appointed Acting Executive Director of Strategy Engagement and Communication at Trade and Investment Queensland in July 2022.

Her vast experience includes working across Australia and the UK as an ABC and BBC journalist, newsreader, and executive producer; working as Chief Marketing Officer for the University of Southern Queensland; and leading Queensland Health’s strategic communications, marketing, and digital teams through the COVID peak.

Kirsten holds a Master of Business from QUT and a Bachelor of Arts from Deakin University.

We and selected third parties use cookies or similar technologies for technical purposes and, with your consent, for other purposes as specified in our privacy policy. Denying consent may make related features unavailable.
You can consent to the use of such technologies by using the “Allow All Cookies” button. By closing this notice, you continue without consenting and only essential cookies will be used.